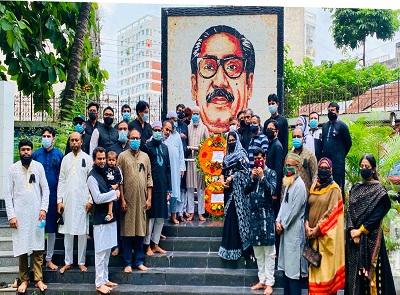 In observance of the commemoration of the 46th anniversary of the martyrdom of Father of the Nation, Bangabandhu Sheikh Mujibur Rahman, various initiatives were undertaken on 15th August by Dhaka Commerce College. following the issue, floral wreaths were placed at the portraiture of Bangabandhu Sheikh Mujibur Rahman at 8:30 am. An Art Competition among the children of 3 to 5 graders was set forth at 9am at college auditorium and finally a virtual meeting along with special prayer was convened at 11 am.  the virtual session was crowned by the chief guest Professor  Prof. Dr. Shafiq Ahmed Siddique, the chairman of the governing  body of Dhaka Commerce college. Special  guest was professor A. F. M. Sarwar Kamal, the acting member of the Governing  Body of Dhaka Commerce College. Speech  was delivered by Advocate Alam Chawdhury, the member of the Governing  Body and Samsad Sahajahan, the convener of Cultural Committee.  Inaugural speech was delivered  by the Principal, Professor  Dr. Md. Abu Masud. the whole programme was anchored by Vice-Principal, Professor Md. Wali Ullah. Moreover, Quiz Competition and Essay Competition were also arranged on the life-sketch of Bangabandhu Sheikh Mujibur Rahman. 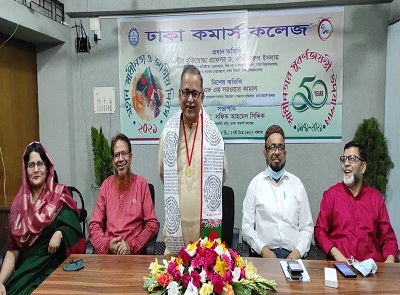 Discussion Meeting rendered at Dhaka Commerce College on the occasion of the Golden Jubilee of Independence. 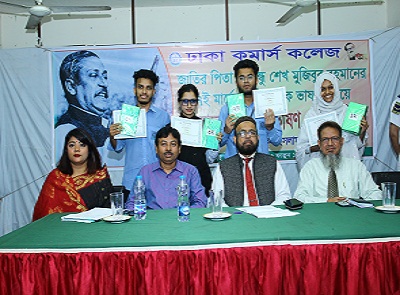 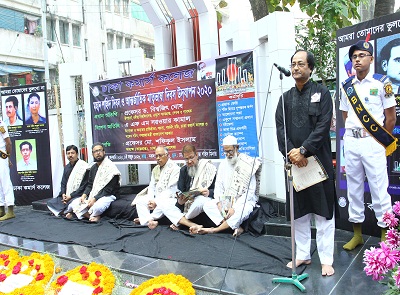 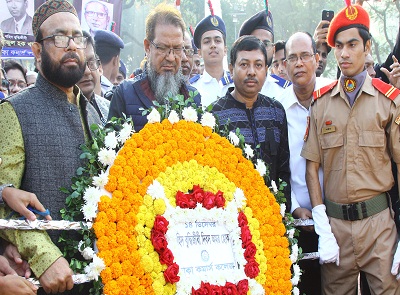 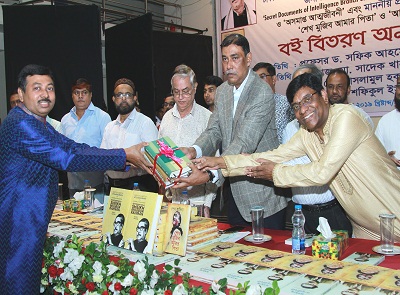 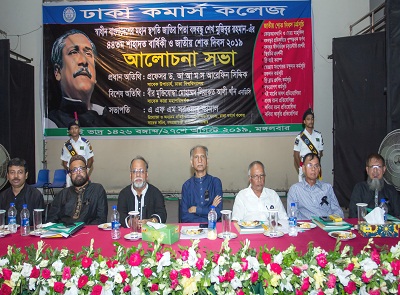 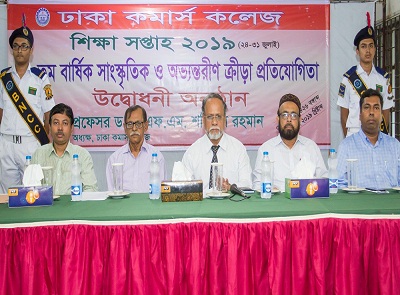 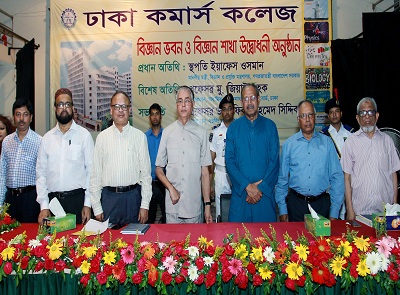 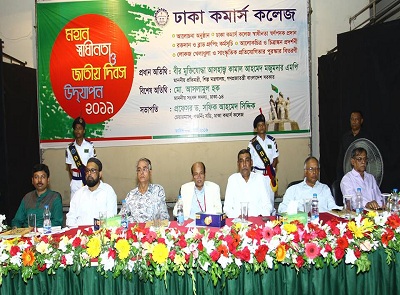 Discussion and Awarding Gold Medal on the Celebration of Independence Day